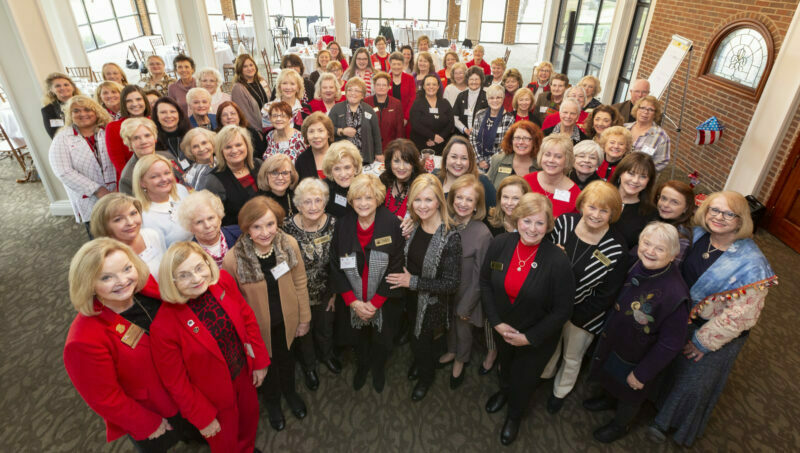 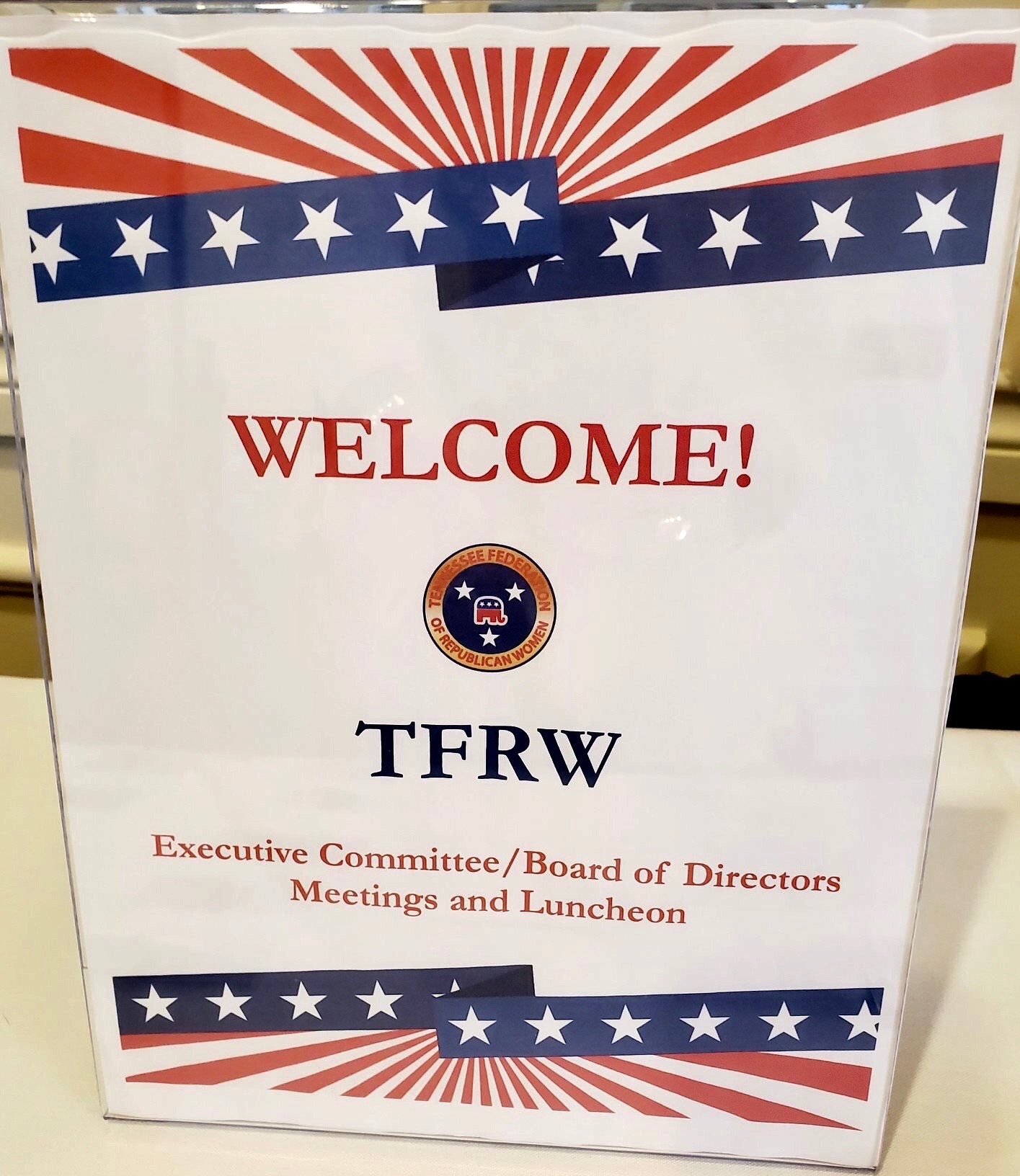 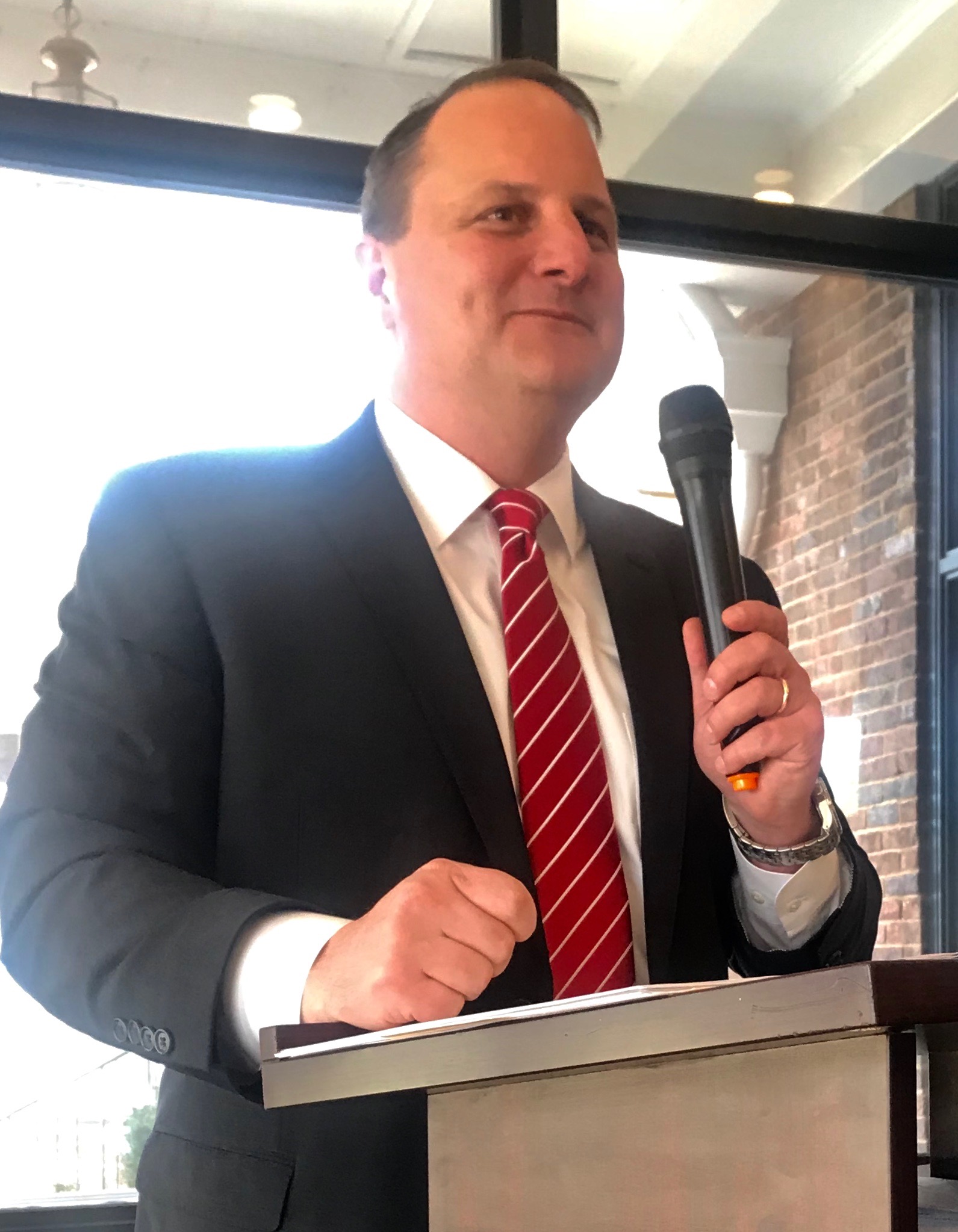 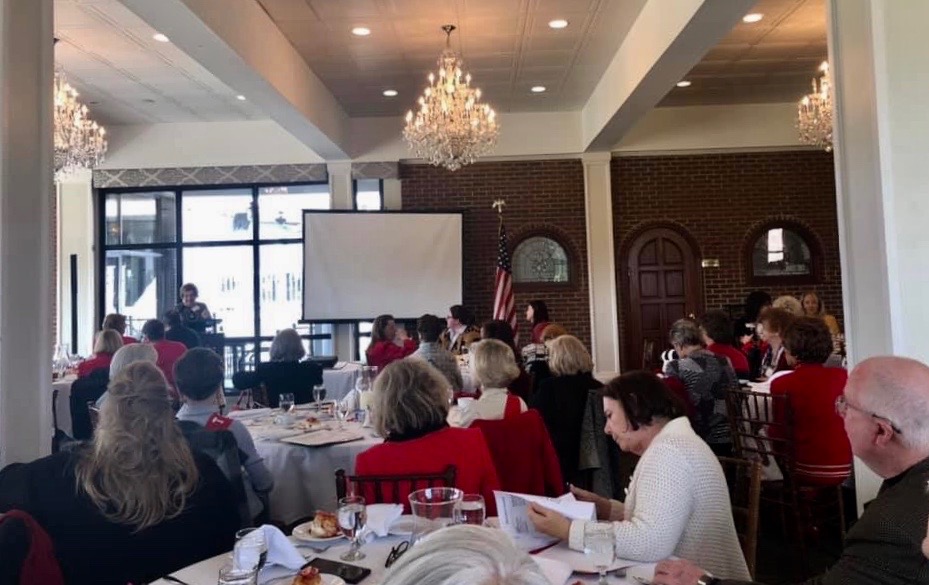 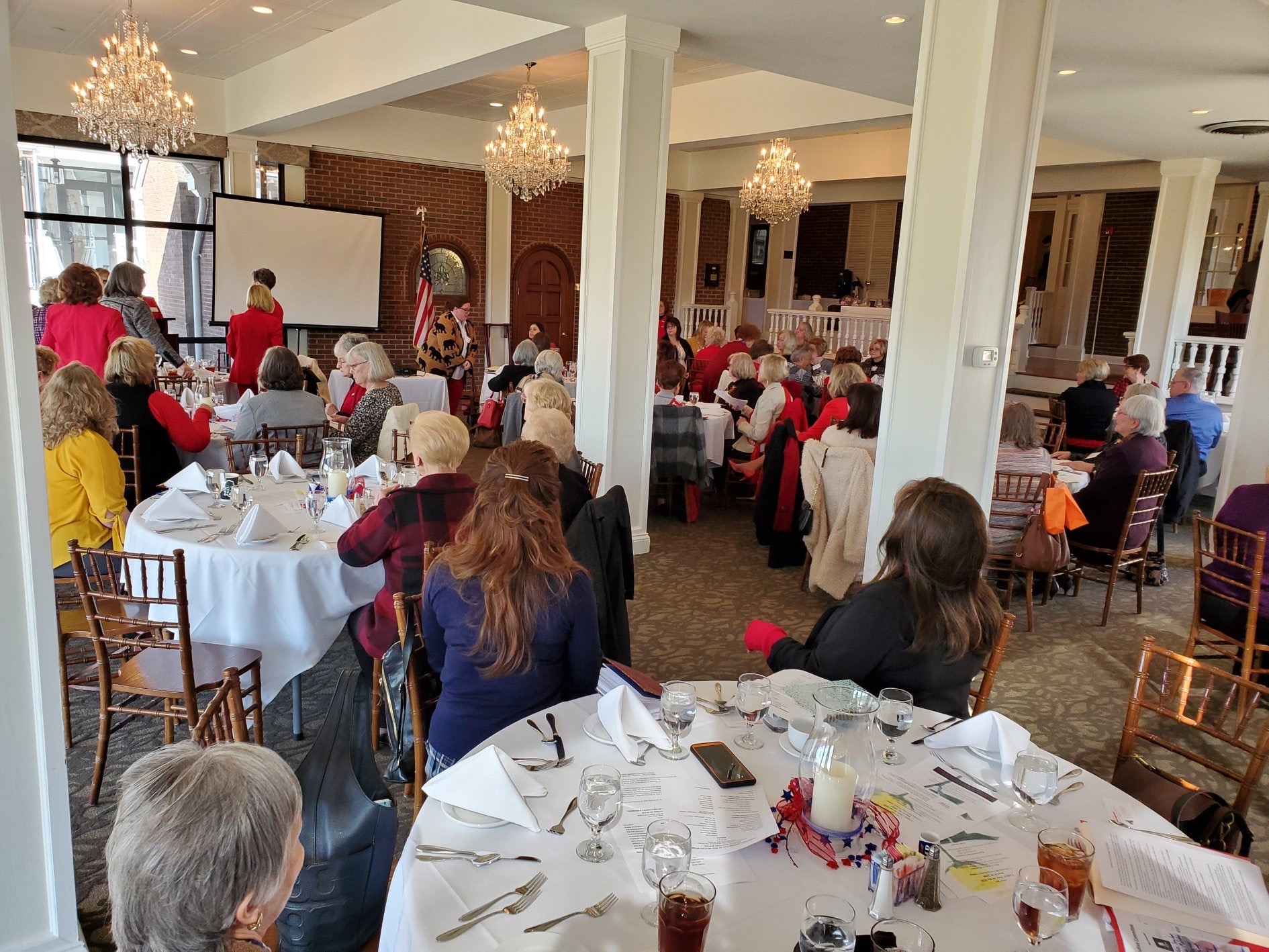 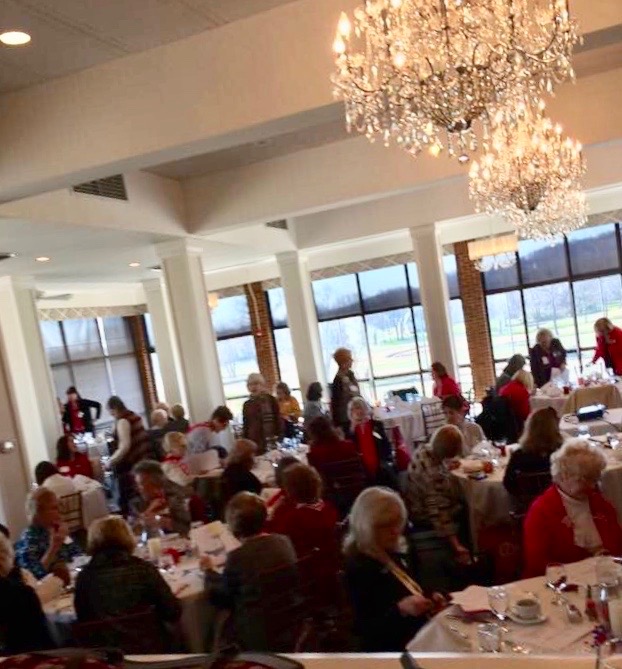 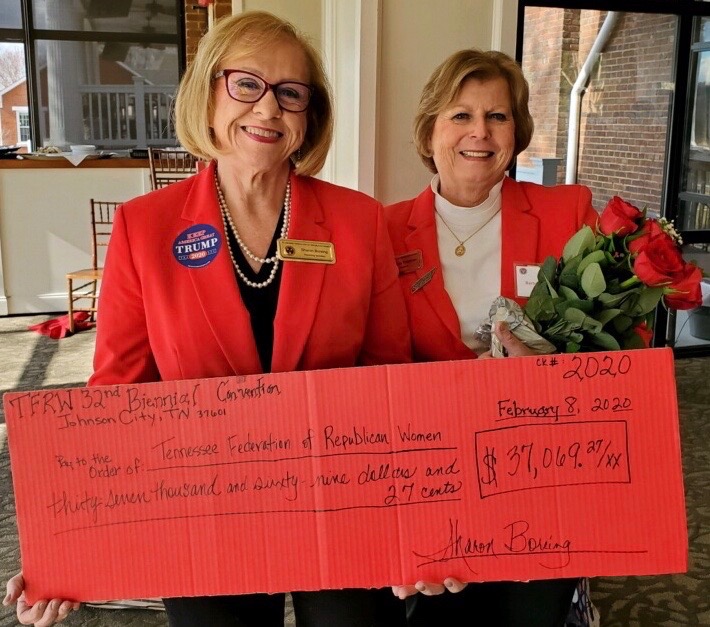 Barbara Trautman, our president, explains how we can help our candidates. Watch Video, from link above.

On August 18, 1920, the Tennessee General Assembly passed the ratification resolution giving the 19th amendment its 36th and final state necessary for ratification.

On Monday, August 19, 2019, the kick-off event took place, to start our year of celebration and remembrance for the moment that special legislative session and successful vote that led to suffrage for women occurred.

State Representative Robin Smith was appointed the Chair of these year-long planned events.

Last August in Knoxville, there was a Febb Burn Day Dinner.  Febb Burn was Harry T. Burn’s mother who sent her son the note “Hurrah and vote for suffrage” which influenced him, the youngest Republican state legislator in Tennessee at that time, to break the tie and vote for the 19th amendment.

On August 21 & 22, 2019, the Official Committee on Tennessee Woman Suffrage planned two work days at the TN State Library and Archives for volunteers to assist with assembling the DocsBoxes to be sent to schools to assist with their curriculum over the course of the year.

On Saturday, August 24, 2019, a Suffrage Supporters group laid wreaths at the TN Woman Suffrage Monument in Centennial Park in Nashville.  As one of the 17 organizations that supported and funded this monument, a TFRW representative laid a beautiful wreath of yellow roses, the symbol of Women’s Suffrage, at the monument. A private champagne reception followed at the Hermitage Hotel.

The Federation was honored to assist in this important celebration of TN history for the purpose of our civic legacy.  Over the coming months, we will see the TN Woman 100 logo and hear more about our history and the role Tennessee played in the effort for woman suffrage.

At our TFRW Biennial Convention on October 18, 2019, our Friday evening dinner event was especially noteworthy as the “Story of the Yellow Rose” was retold with a skit that depicted the debate and vote in the Tennessee General Assembly for the 19th Amendment giving women the right to vote.  The special actors involved in the skit were Representatives Jeremy Faison, Robin Smith, and Micah Van Huss, along with Tyler Boyd, great grand-nephew of Harry T. Burn, the actual legislator who cast the deciding vote for the amendment.

Next, on November 25, there was BIG NEWS when President Trump, joined by Senator Marsha Blackburn, signed the Women’s Suffrage Centennial Commemorative Coin Act into law. Yes, Senator Blackburn’s legislation celebrated the 100th anniversary of the passage and ratification of the 19th Amendment to the U.S. Constitution guaranteeing women the right to vote, and this bill authorized the U. S. Treasury Department to mint $1 silver coins in honor of the suffragettes, the pioneers and trailblazers who made it possible for women to even be members of Congress.

In December, 2019, TNWoman100 announced the “Battle for the Ballot,” a statewide student competition that commemorates 100 years of the Ratification of the 19thAmendment in 2020. Students from kindergarten to high school had the chance to win scholarship money, iPads and a trip to Nashville. Different grade levels had different projects, from designing a suffrage banner, to writing a poem, public service announcement or speech, to producing a short documentary film.  Winners in each category, and their teachers, will get an invitation and travel stipend to come to Nashville to celebrate the 100thanniversary of the 19th Amendment being planned in August 2020.

In late February, I learned that the third and fourth graders from Franklin Elementary School in Franklin, TN created and hosted a Women’s Suffrage Museum.  The students went to the TNWoman100 website to get names of all the women who had a part of the Suffragette movement (for and against).  Each student chose a name, researched the person, created a biographical essay and some elaborate decorative displays, made different replica buttons, and 3D printed roses.  The school had a grand opening of their museum with the Mayor of Franklin cutting the ribbon.

On January 13, 2020, Tennessee Secretary of State Tre’ Hargett unveiled the Tennessee Blue Book, our state’s official historic reference, Secretary Hargett said: “The cover of this year’s edition is yellow to honor the 100thanniversary of the ratification of the 19th Amendment granting women the right to vote.  This commemorative edition is part of Tennessee’s year-long centennial celebration of women’s suffrage.”

On January 15, 2020, Tennessee State Museum Educators Grace Allen and Matthew Gailani gave a special presentation about women’s suffrage to the Tennessee House of Representatives during the House Session.  At the conclusion of the presentation, Speaker Sexton and Representative Robin Smith announced the creation of special House lapel pins, designed with a yellow rose for suffrage for 2020. @tnstatemuseum is a part of statewide initiatives of @tnwoman100.

On January 28, a Centennial Legislative reception was held at the TN State Museum ahead of the new exhibit telling the stories of Tennesseans’ roles in the women’s suffrage movement.  Rep Robin Smith tweeted: “100 years later, strong women are still at it!”

“Celebrating 100 Years of Woman Suffrage” was to be the theme of our March 30, 2020 TFRW Ladies’ Day on the Hill with Representative Robin Smith, the Chair of the Official State of Tennessee Woman Suffrage Centennial Committee, as the keynote speaker in the House Chamber.  Senator Marsha Blackburn confirmed to be the keynote speaker on March 30, 2020, during luncheon at the Doubletree Hotel Downtown Nashville.

Unfortunately, COVID-19 came to Tennessee in mid-March.  Ladies’ Day on the Hill was cancelled and the legislature adjourned.

The legislature went back in session on June 1, 2020 after 9 weeks of Governor Lee’s “Stay at Home” restrictions.

On June 9, 2020 State Representative Robin Smith reported on Instagram:  The TN House Women Members were joined by Speaker Cameron Sexton after passage of legislation designating August 18 as the Official Day to commemorate TN Woman’s Suffrage or women’s voting rights. Learn more about our state’s made-for-TV story and join us in celebrating the 100th Anniversary. www.TNWoman100.com

“By One Vote: Woman Suffrage in the South, The Citizenship Project” 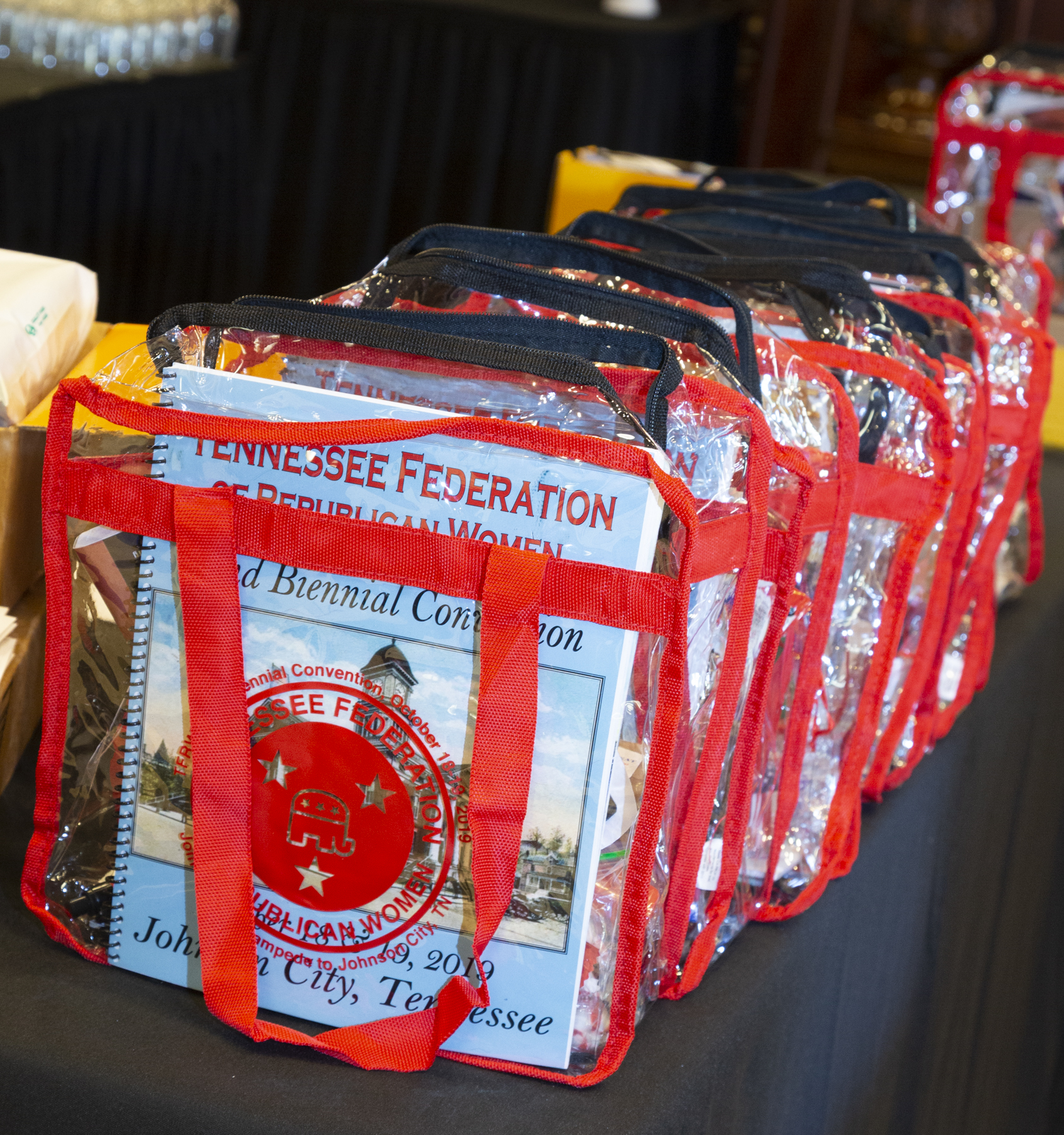 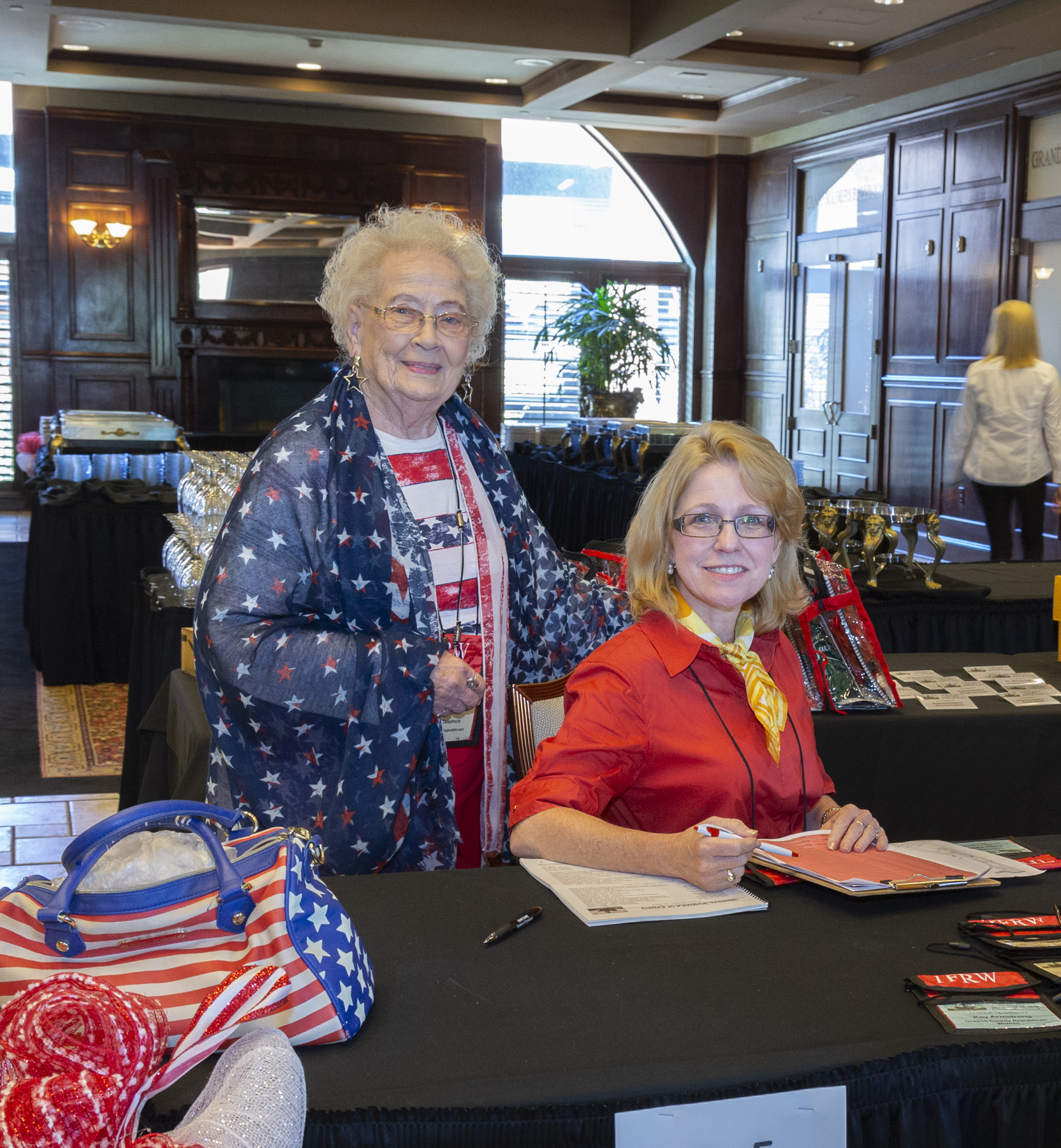 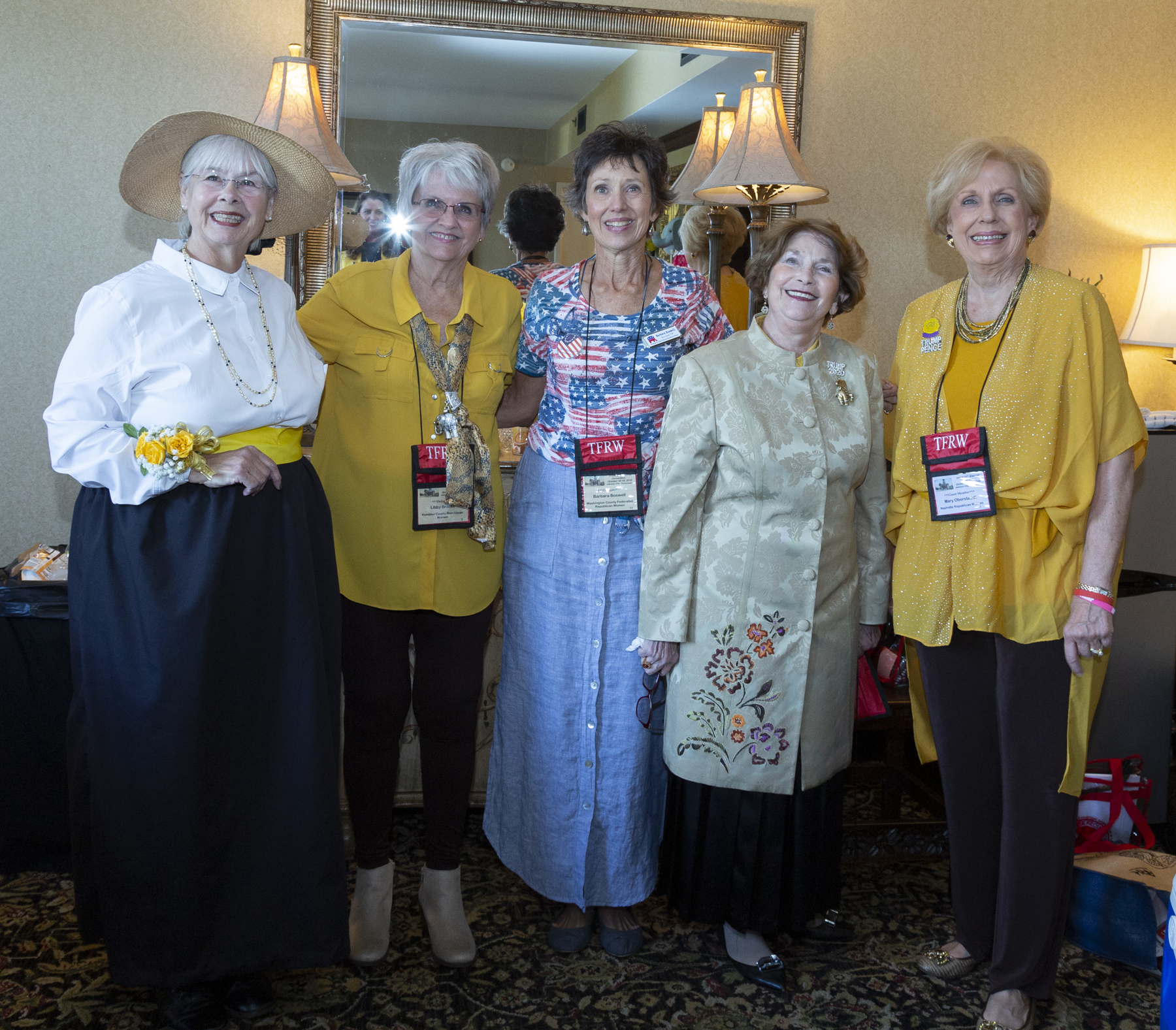 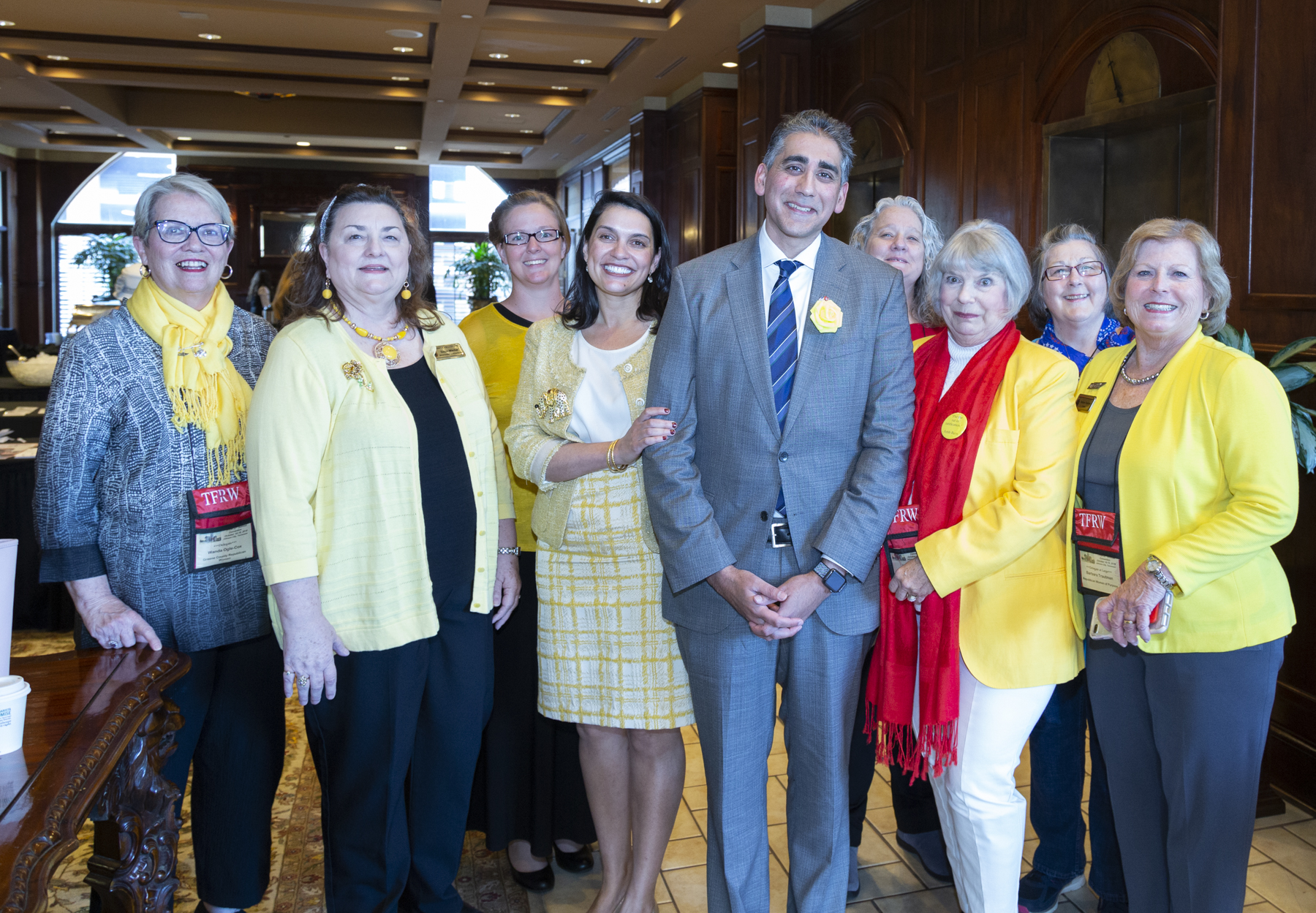 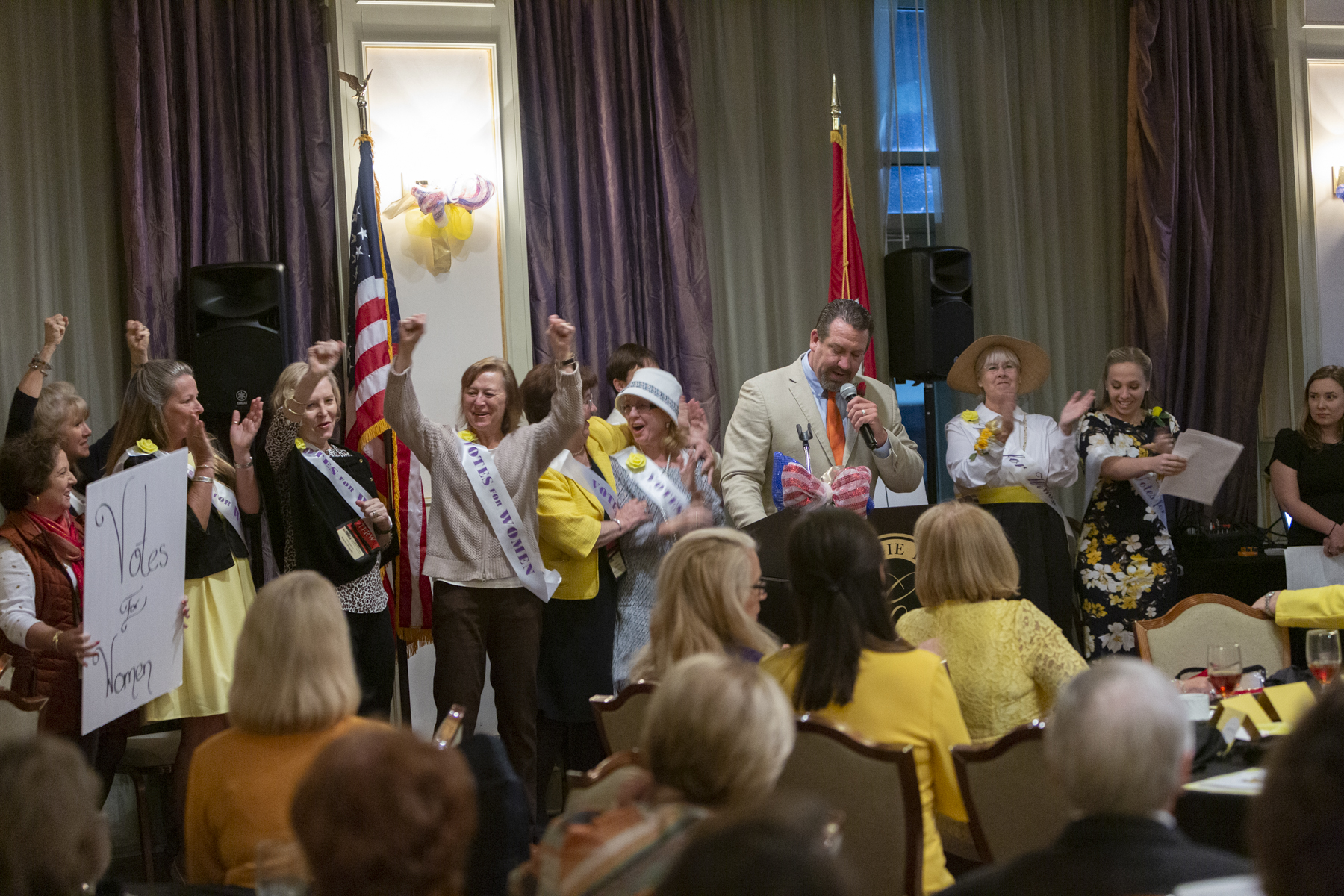 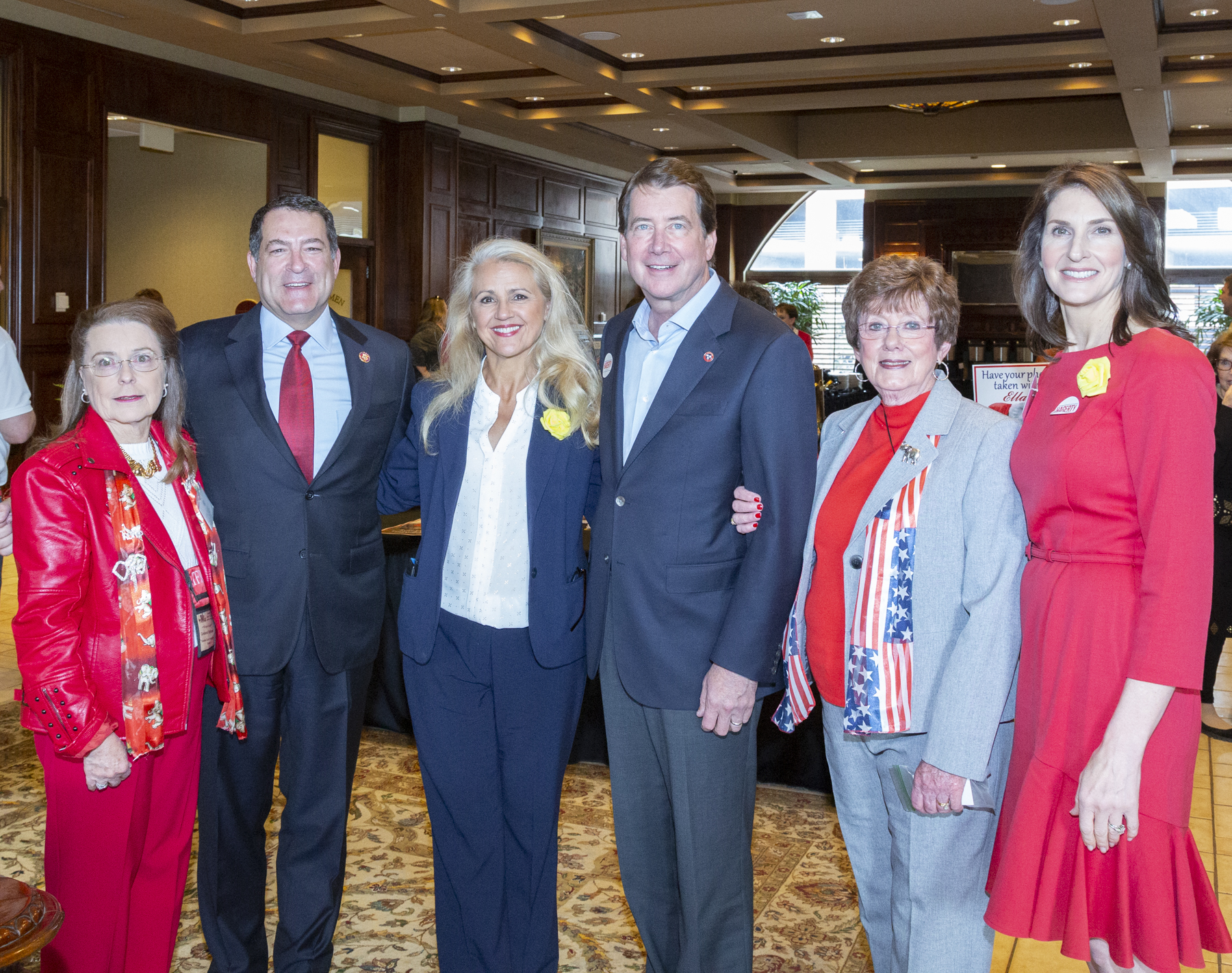 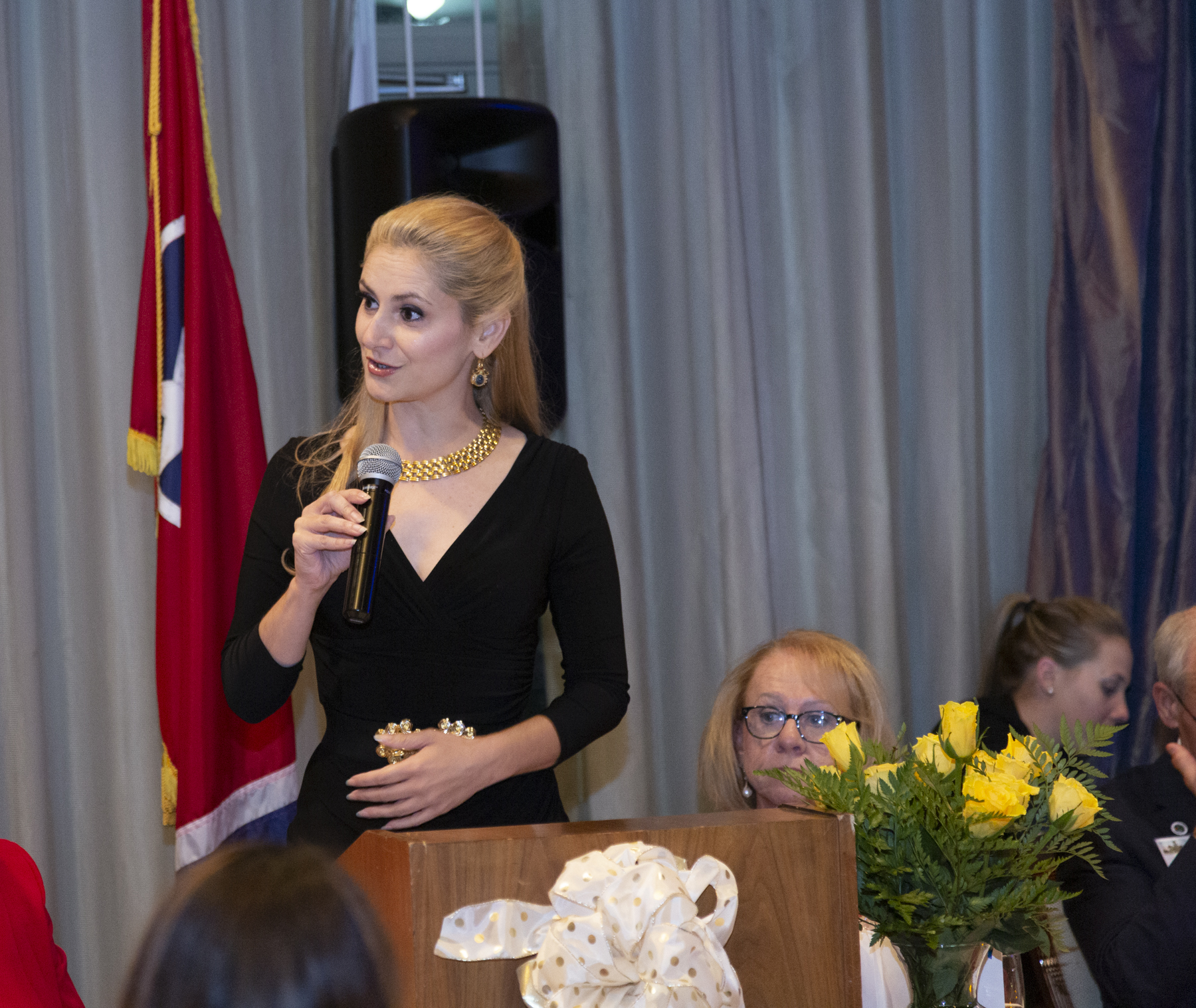 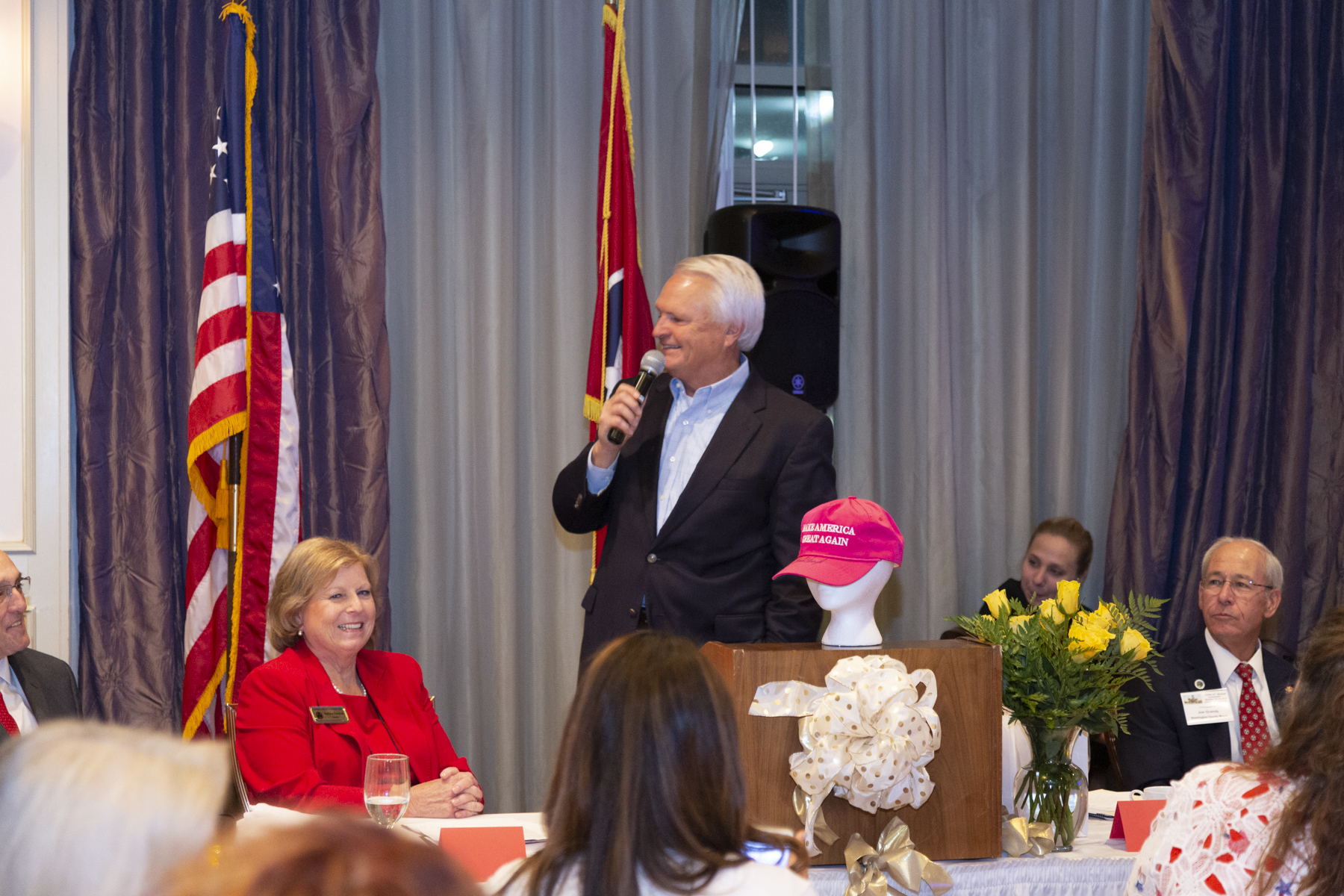 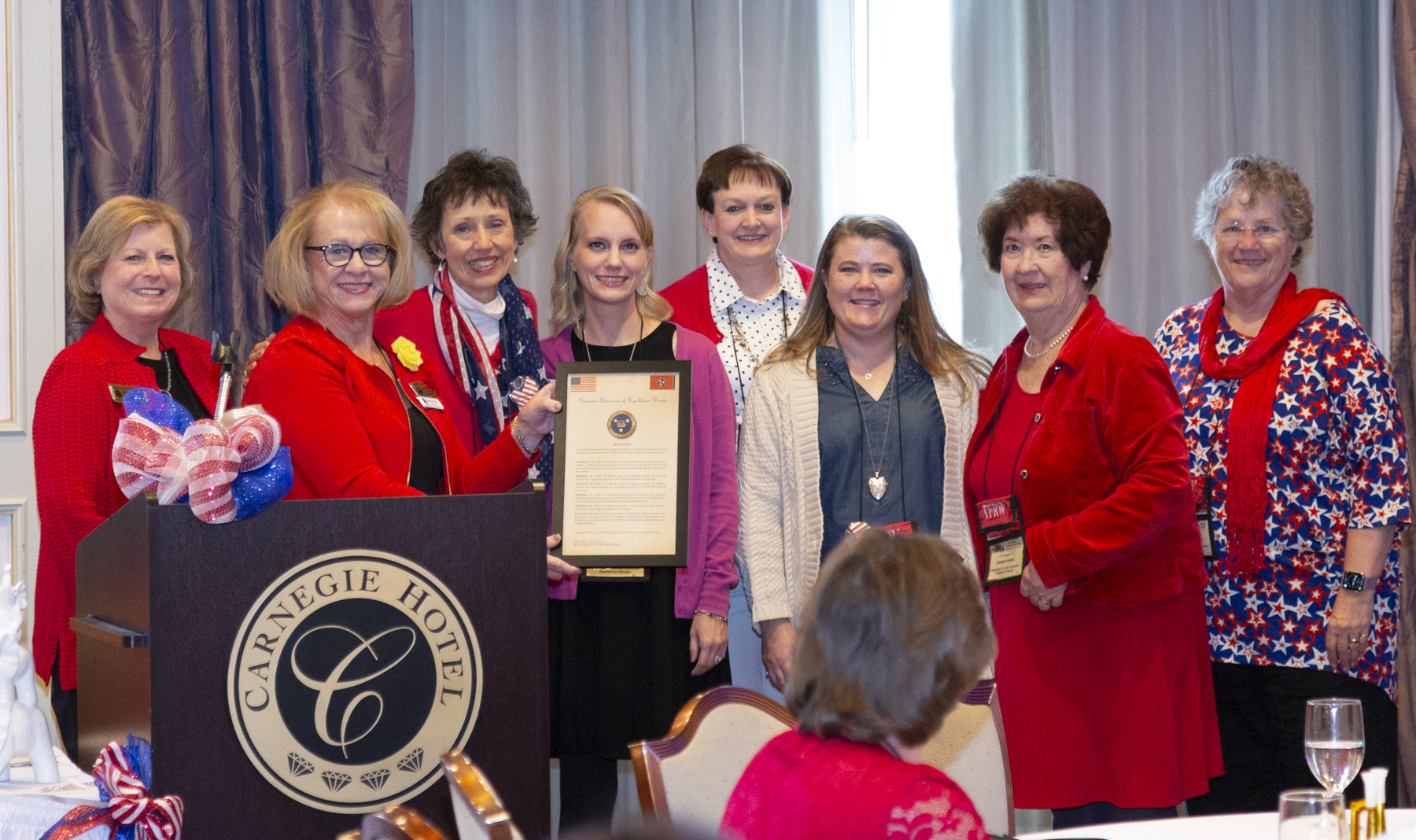 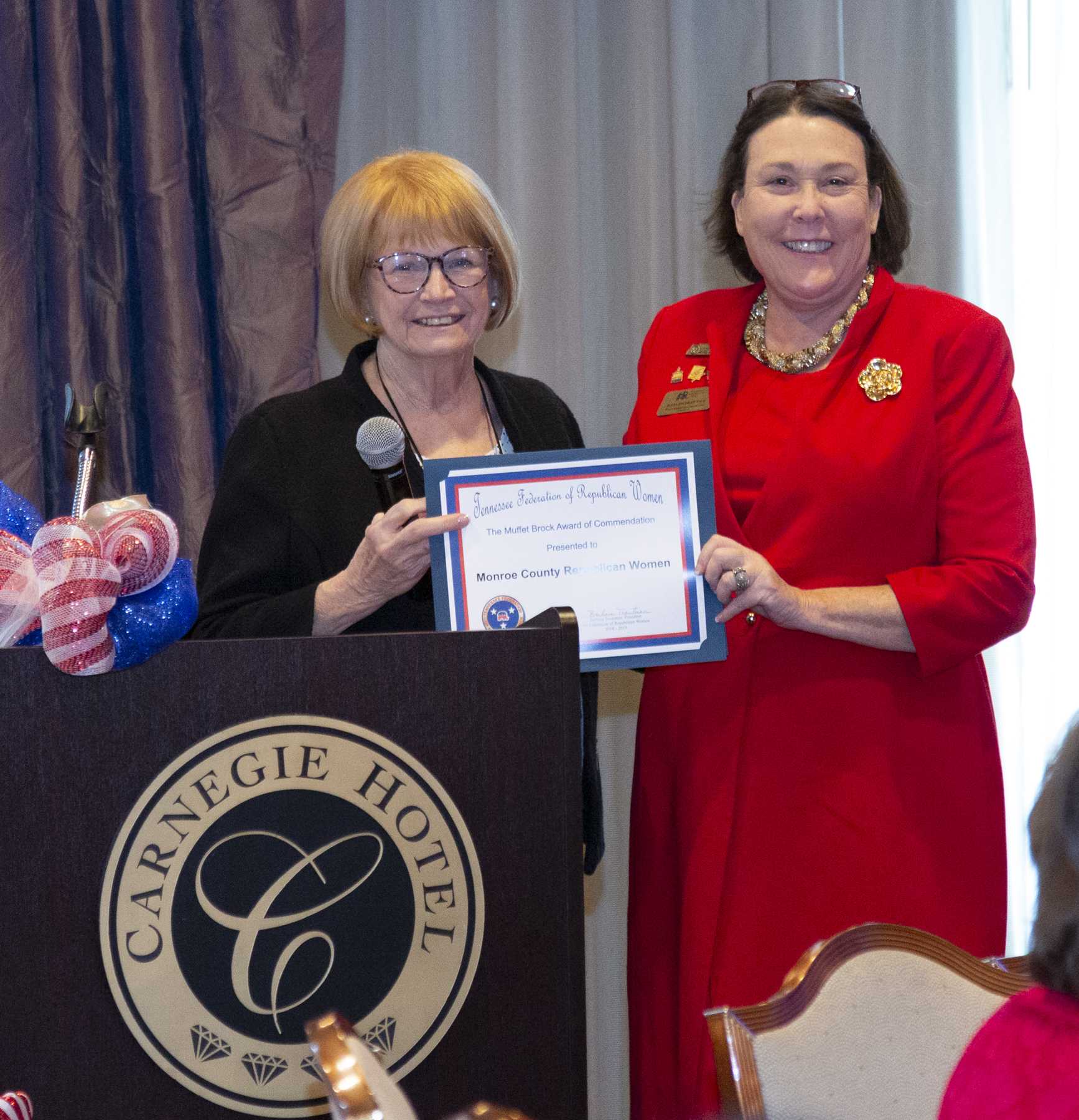 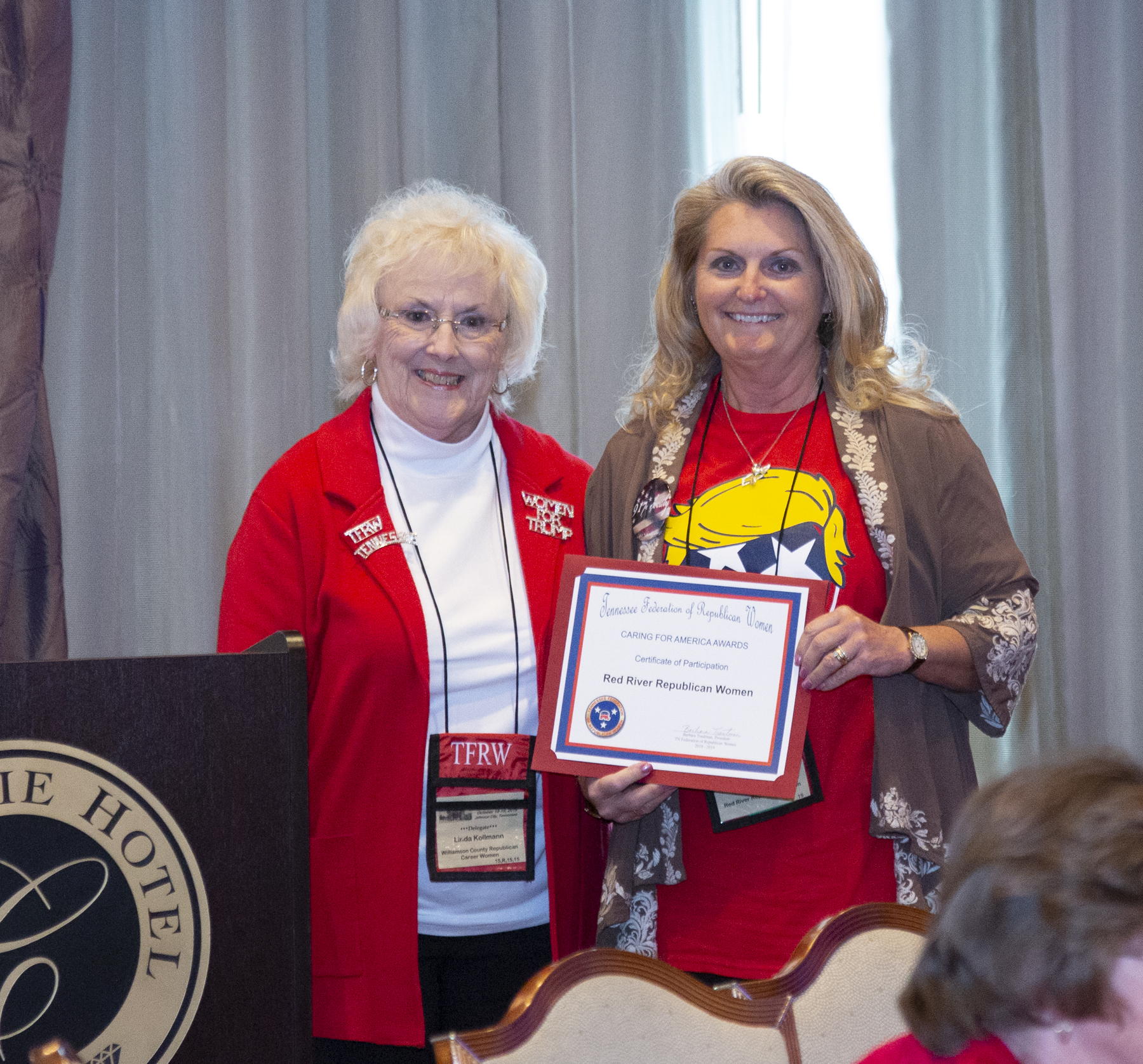 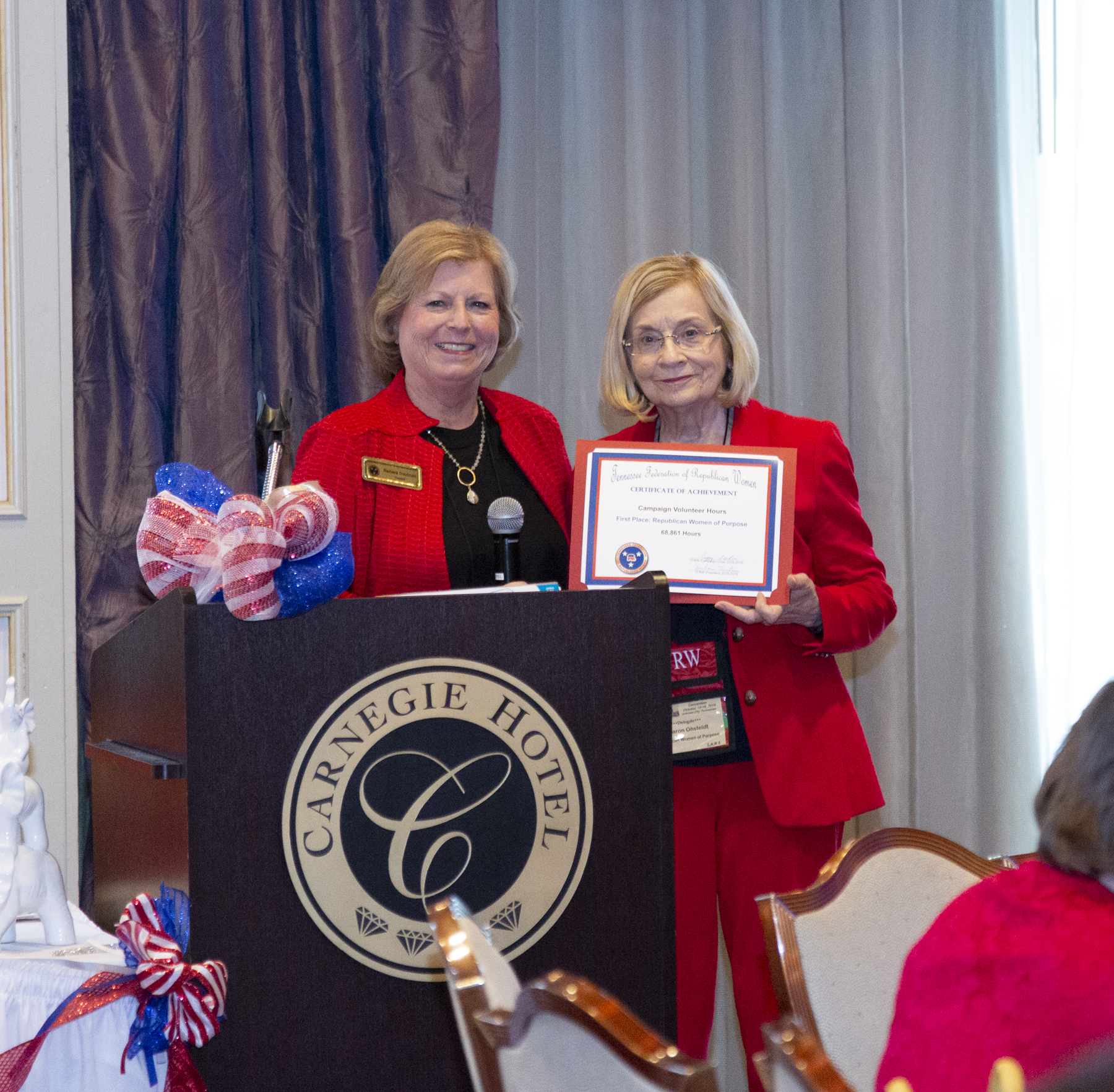 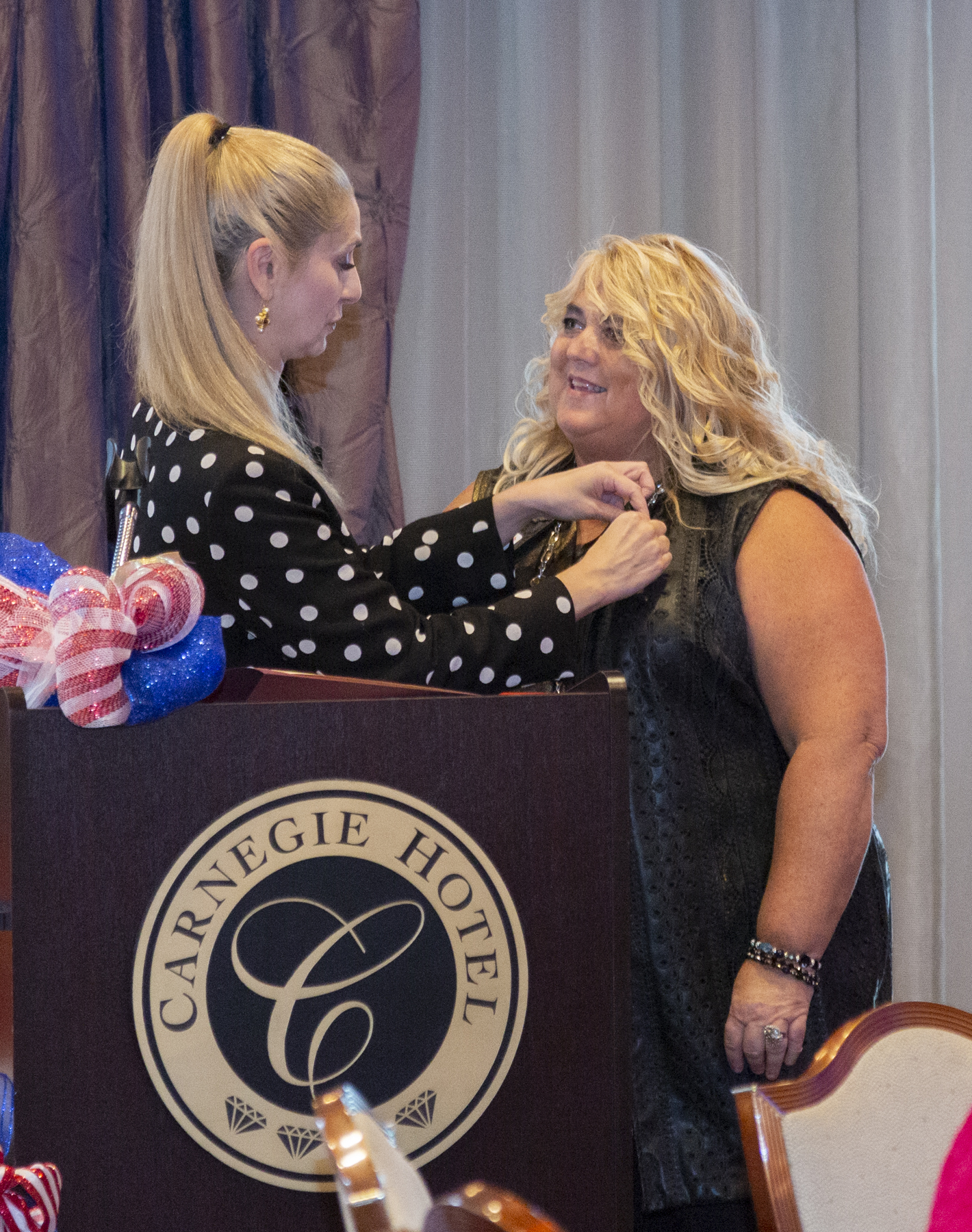 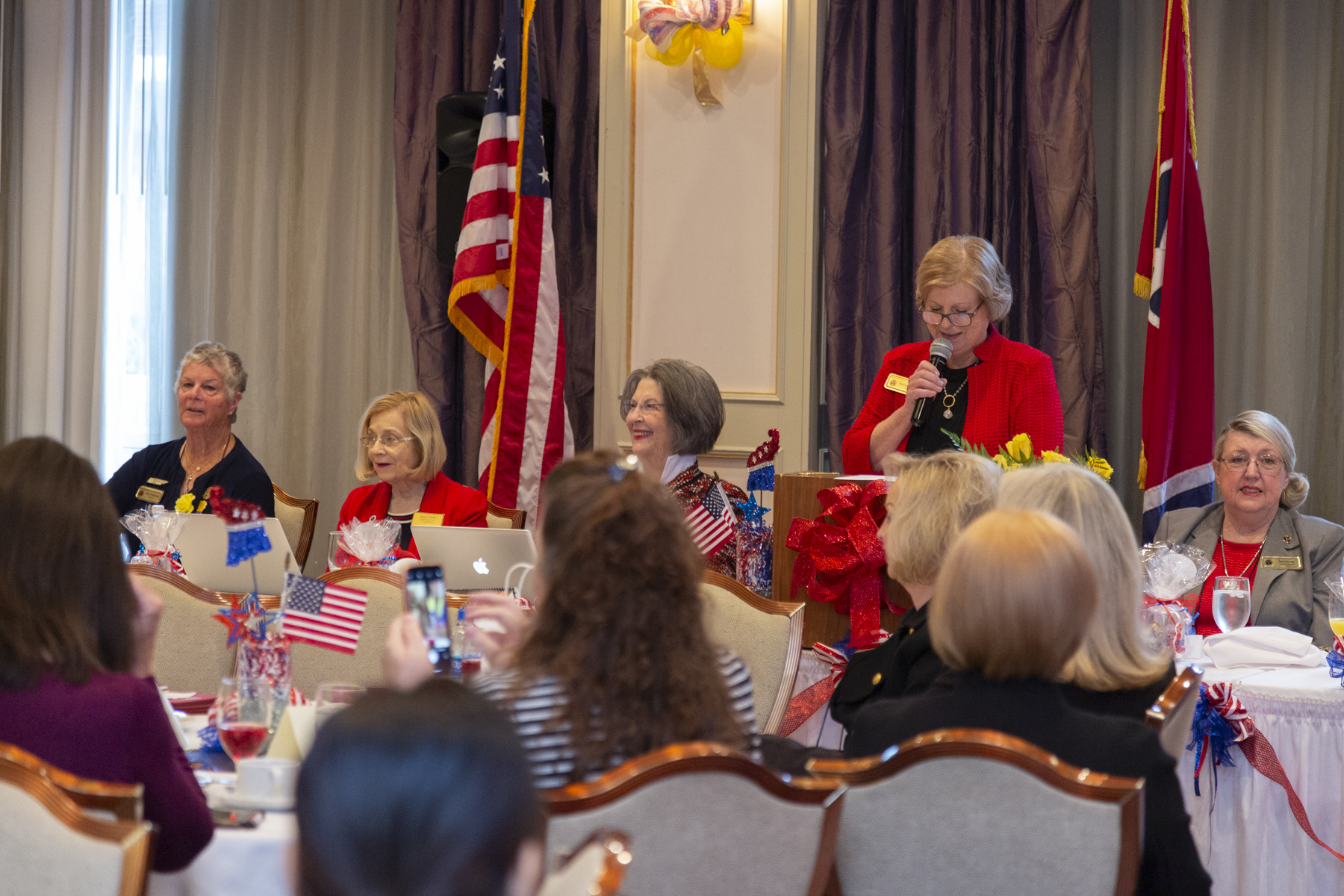 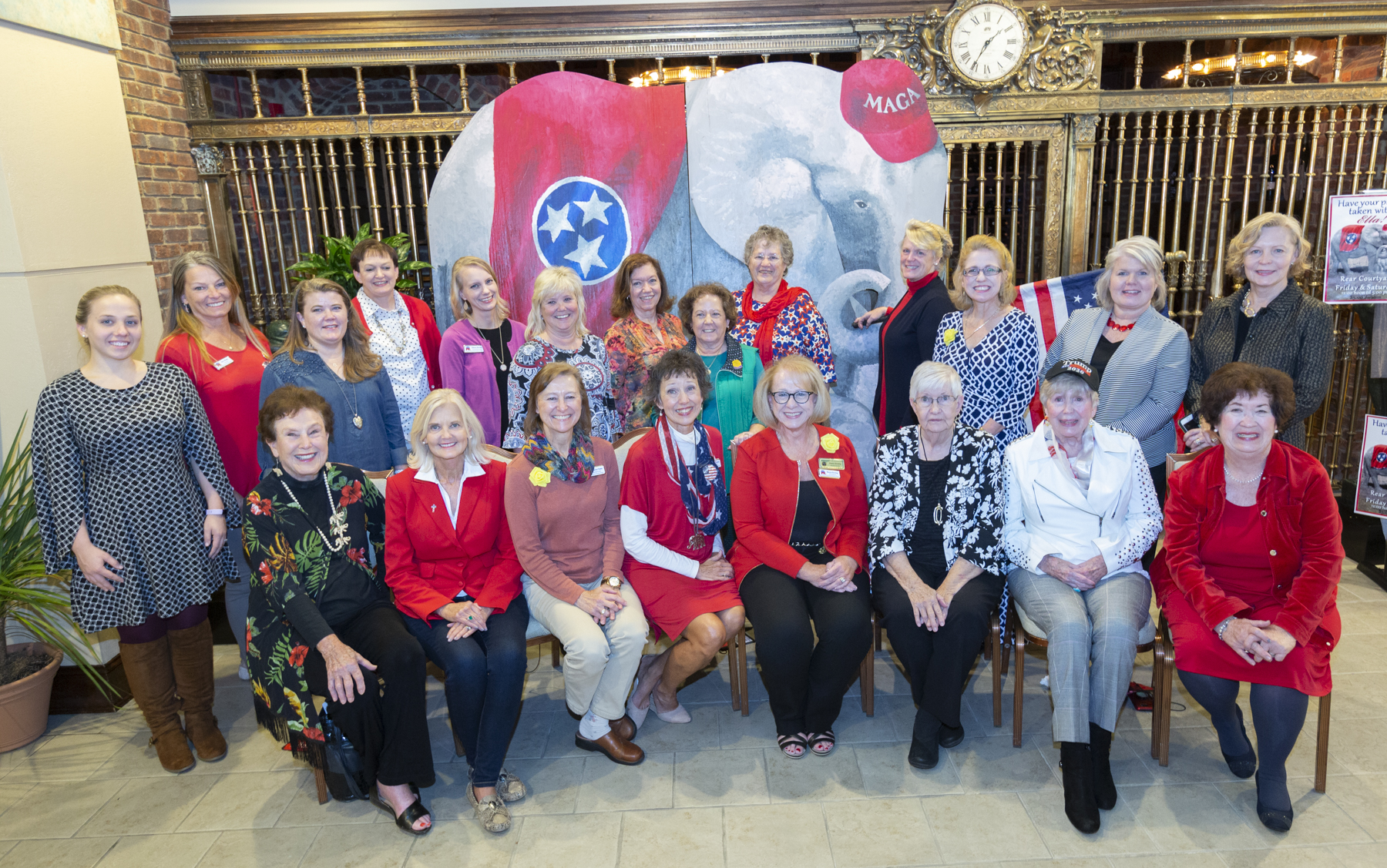 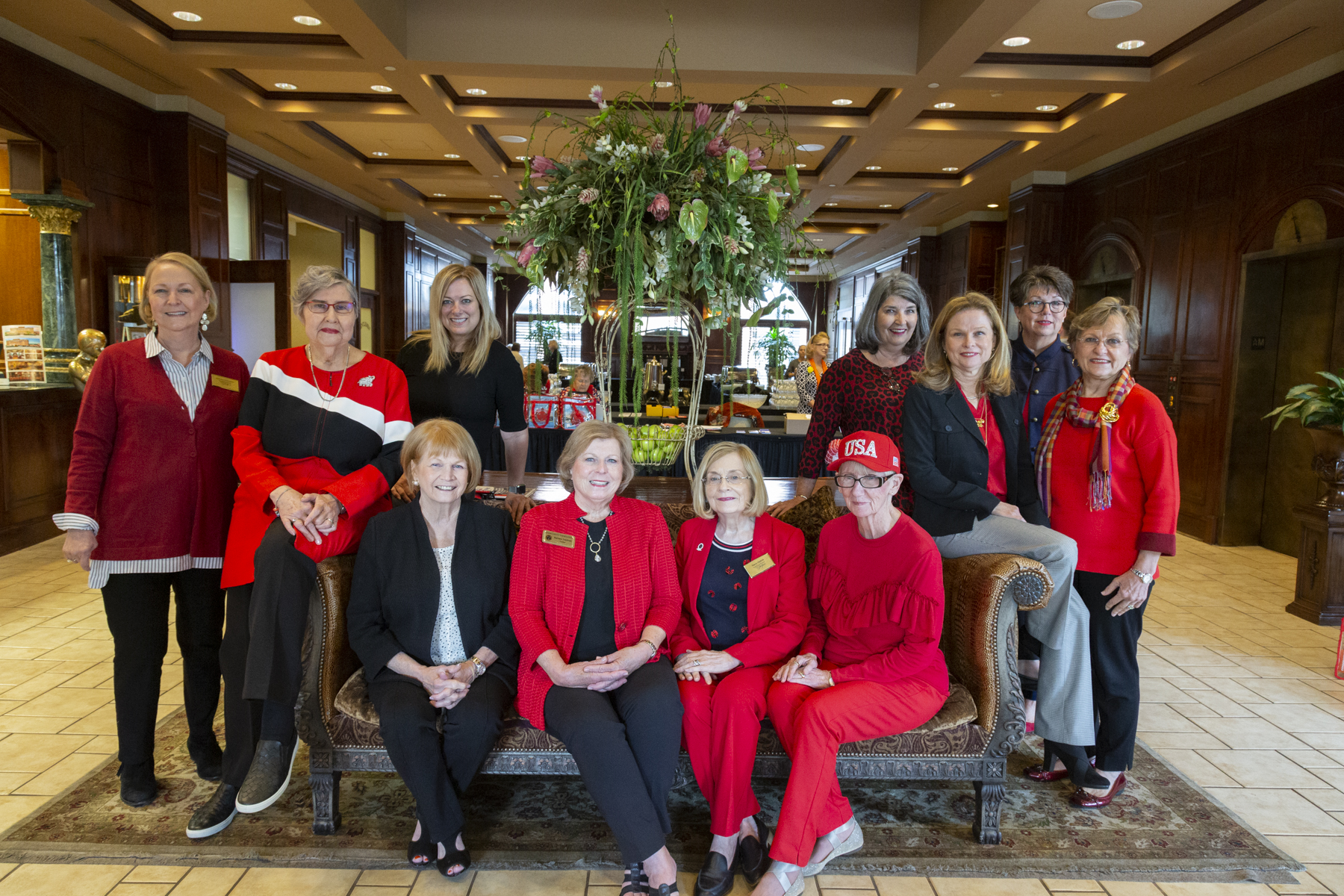 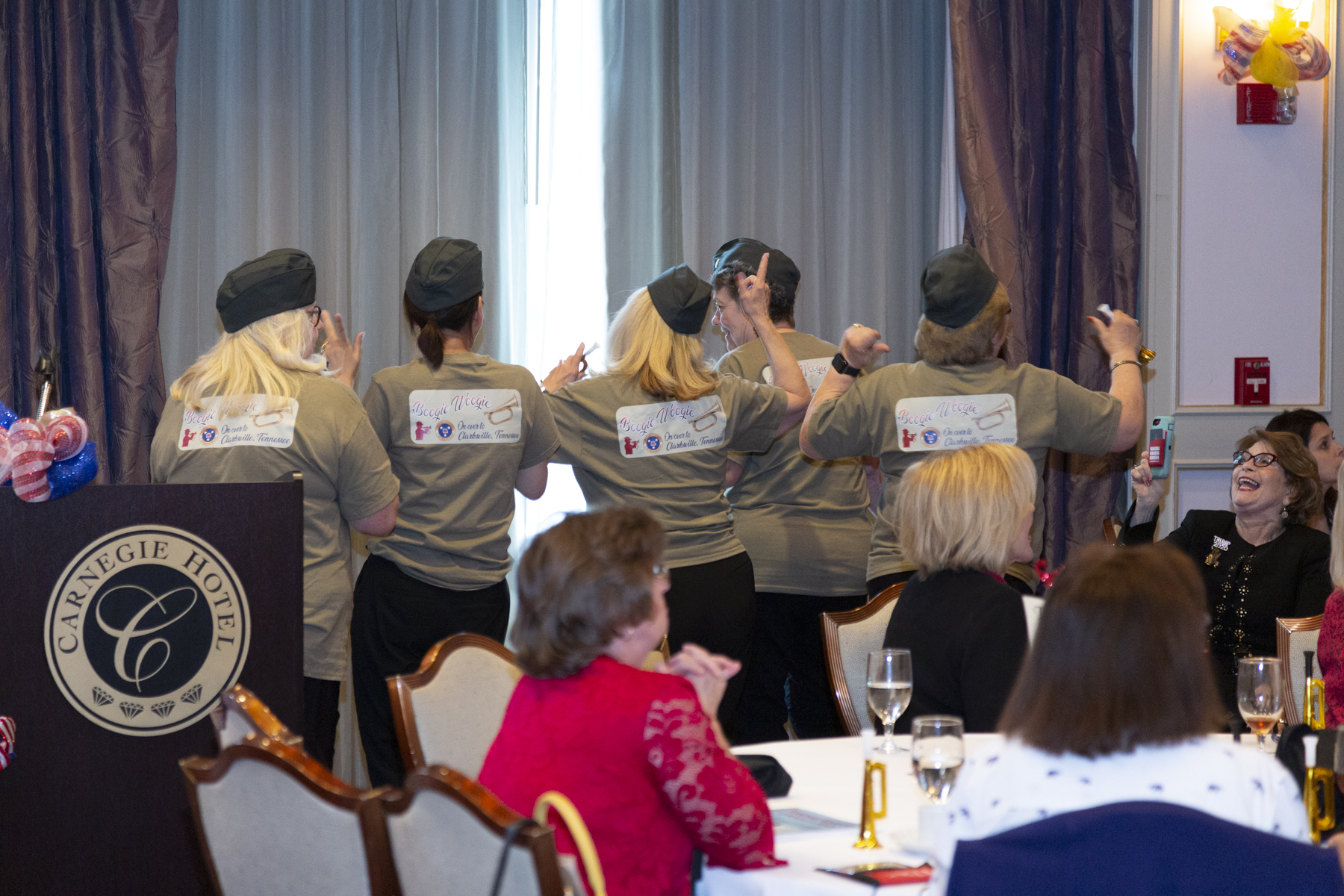 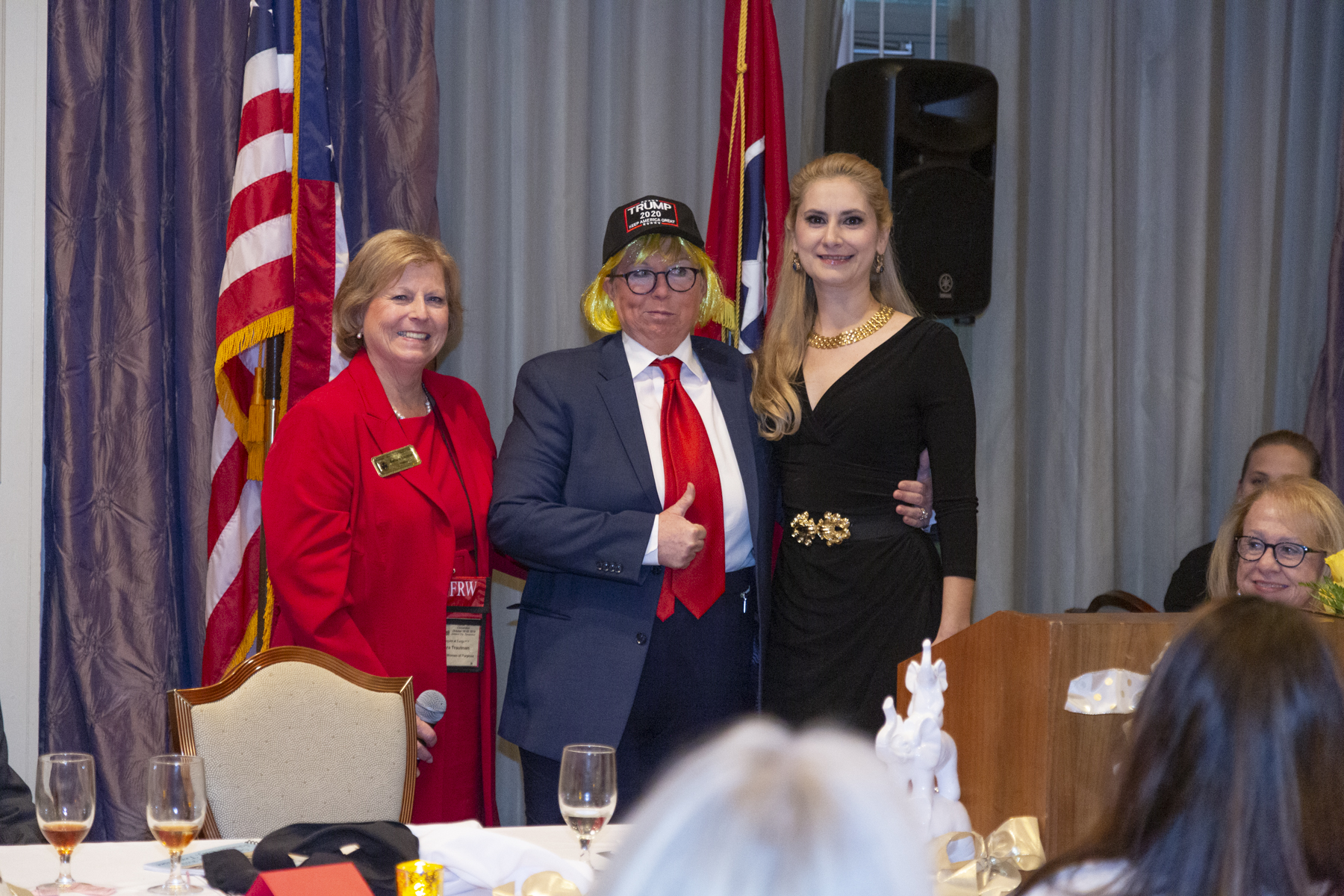 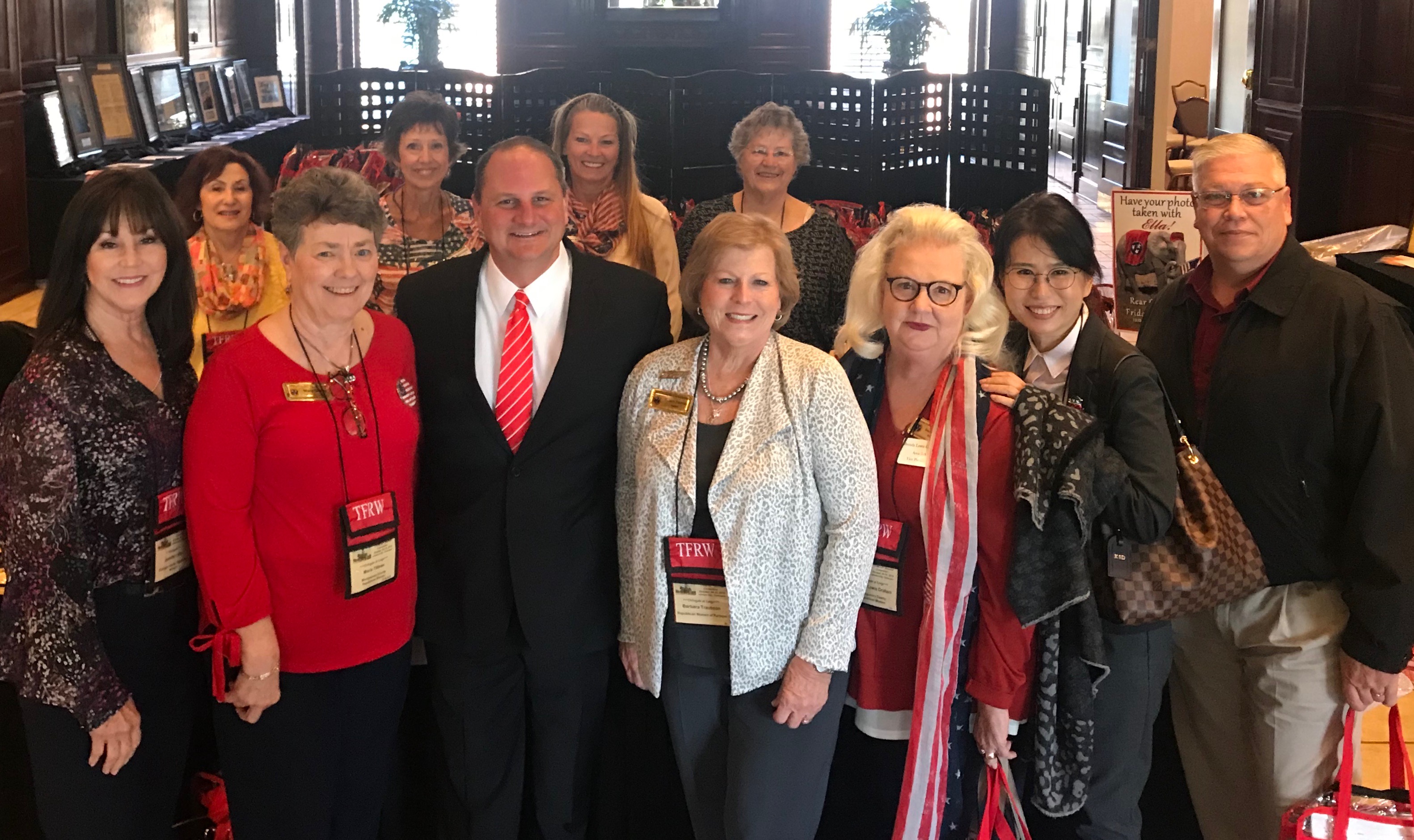 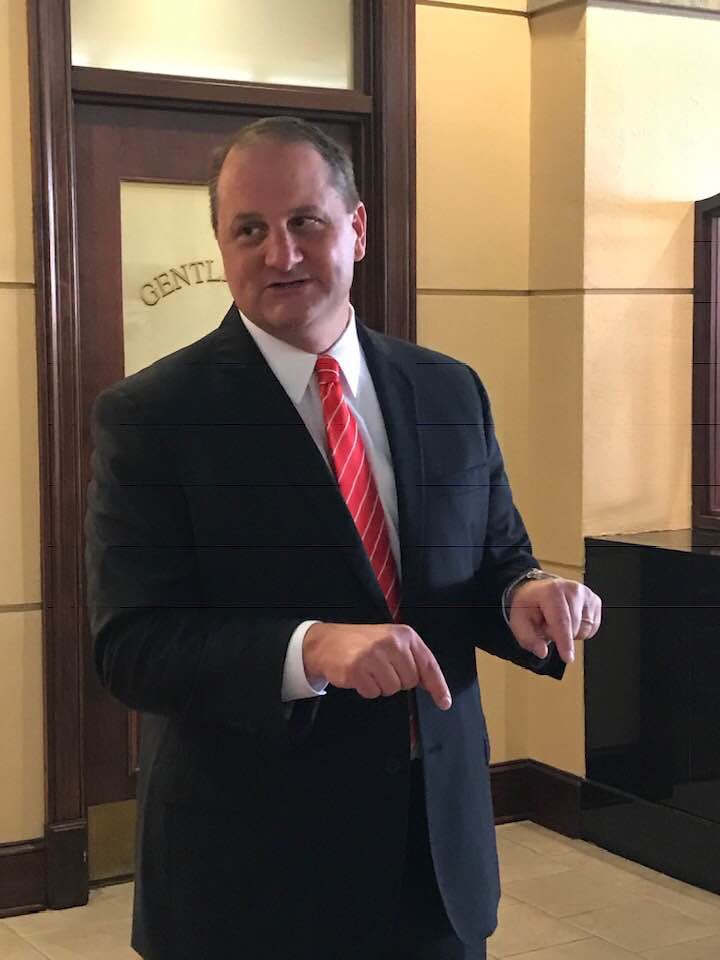 “What a great TFRW Board Meeting we had on May 18, 2019!  Much information was presented, Delegates at Large and Alternates at Large were elected to the NFRW Biennial Convention, the NFRW Suffrage Celebration video was shown, and Tyler Boyd, great grand-nephew of Harry T. Burn was the guest speaker.  Read more in the Iris Messenger.”

2019 Ladies Day on the Hill Link to Gallery of Images

Check out the pictures from this year’s successful (click above link): 2019 Ladies’ Day on the Hill at the capitol. Governor Bill Lee was the first speaker from a strong leadership team in chamber and Representative Mark Green spoke at the luncheon, just to name a few of the awesome guests updating the attendees. You can view all the highlights from the day by clicking the link under our “Photo” tab across the top of this page.

TNFRW Celebrates our own, Marsha Blackburn, the first woman elected to the position of Senator from TN.

TFRW 2019 BOARD MEETING AND LUNCHEON